A Pattern So Grand

What Neil Peart Means to Me

To have heard today of the passing of Neil Peart is very, very difficult news for me. 40 years I’ve been at his knee learning every groove, fill, approach. His lyrics gave me the courage to get into and stick with recovery. I studied them, used them as models for my own lyrics, stories and art.

Very personal. I rarely shared with those who didn’t love Rush or drumming. But it is one of my deepest passions, overriding the vast majority of pursuits.

He led the way for two generations of drummers after Moon, Baker, Bonham (The Who, Cream and Zeppelin respectively) broke through. He gave us all permission to be enthusiastic, energetic while still practicing discipline. He committed himself to never repeating a riff on an album, forcing him to develop dozens of intricate patterns. He could span three albums before I heard variations of a previous approach. All the while pushing for strong musicality and showmanship. You could not give a whit about virtuosity and really enjoy Rush.

In the meantime I can count on one hand the number of songs about love. His subjects were much more the span of human endeavor. He had some thoughtful position - whether you agreed or not - on a surprising range of topics. The Trees was allegory about Canadian politics. Spirit of Radio an ode to the heart of popular music. Freewill a jingle on philosophy. Tom Sawyer, Subdivisions, New World Man portraits of late boomer angst and identity. Sci fi, ancient mythology, the shuttle launch, WH Auden, and Dickens were among the trove of inspirations he mined. He was sober, diligent and a solid literary student.

Too young to go indeed.

He was a frequent guest in my dreams. We picked up sticks in his front yard in one. Shoveled his drive in another. I helped him. He helped me. I would often arrive at his place, have to navigate some gatekeeper and he would vouch for me. We had an affinity in the dreams, and always a recognition that we were kin.

The riffs, the lyrics are not mine. But they are each deeply personal to me. He would do a subtle turn of phrase in successive choruses, a technique i really enjoy. I use it in After the Rain. He would do the same thing with a riff - introduce the basic form the first time round and make two or three more variations, each paced and tasteful with just the right feel and amount of flourish. He would build a call and response figure in a groove, establishing a pattern, shifting to variation A, going back to the original and then to variation B. Four measures delightfully deployed in the oddest moments. He worked the art. He was a master craftsman. He inspires me to no end.

My 14 year old son delivered the news to me. He will be the third generation. He knows the canon. He came back from a bike ride and wanted me to teach hime one of the songs. We didn't get past the opening 40 seconds. There was an entire history of drums in that 40 seconds. Too much for one session.

I designed spacecraft in high school. I developed one of the designs and named it after a ship in one of their songs. I made several drawings. One of them i managed to deliver to their bus driver while they were on tour in New Haven. Months later I got the drawing back, with a lovely postcard from Neil apologizing for not keeping my art (I am scrambling to find the note.) and he signed my drawing.

He gave me permission to be intense. I know what integrity means because of him. In many ways I am the man I am because of Neil Peart. 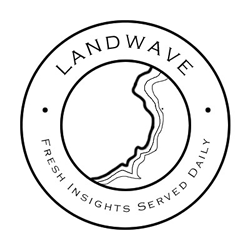